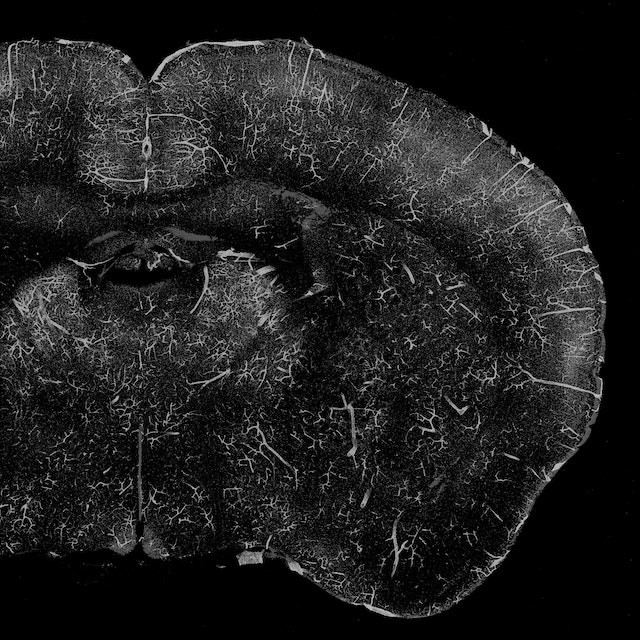 Our lab studies large-scale dynamics of the living brain using next-generation experimental methods. Below are some of our specific research interests.

Brain-wide dynamics. One of the greatest challenges in experimental neuroscience today is to understand how dynamic molecular and cellular phenomena in the brain give rise to emergent properties of behavior and cognition in mammals. Techniques we are developing and applying in our lab offer unique capability for making this connection, because they enable signaling processes to be measured in deep brain tissue, over wide regions of the brain, in live animals of any size. Some of the questions we are most interested in include:

Neuroengineering. Understanding integrated functions of the brain requires a new generation of experimental tools suitable for probing defined components of neural function on a brain-wide scale. Our laboratory is particularly focused on noninvasive approaches for mapping brain activity, including methods that could eventually be applied in human subjects. This effort requires interdisciplinary collaboration at the interfaces between diverse fields, especially including:

Molecular imaging. A core aim of the lab is to develop and apply unprecedented technology for molecular-level imaging in the nervous system. We focus largely on magnetic resonance imaging (MRI)-based methods, because MRI can provide whole-brain in vivo analogs of the powerful readouts optical imaging offers in invasive contexts. Some of our tools are compatible with other imaging techniques as well. Our laboratory has achieved a number of important milestones, which we seek to exploit and build upon. Some examples include:

Brain chemistry. Our group has a strong focus at the intersection of neuroscience and chemistry. We mean this in two senses: First, we make extensive use of methods from chemistry in our imaging probe development work, ranging from organic synthesis to bioconjugation and nanomaterials; we use rigorous chemical analyses and modeling to characterize probe function as well. Second, we study chemical processes in the brain that offer a counterpoint to more circuit-like conceptions of neural function. A few specific research aims include the following:

Beyond the brain. Brain biology is contiguous with bodily and environmental influences that exert continuous influence on perception, action, and cognition. Our lab has an interest in understanding how the brain’s interactions with peripheral factors affect its function, sometimes even in the absence of explicit stimuli or behavioral tasks. Projects in the lab aim to address such phenomena in animals and humans: